Bring on the STAFF!

Yes folks, doing their bit for Sport Relief this week were six teams of staff with a passion for football.

Many have been in training since the beginning of the week, some not. But they came together today to put on a dazzling, fast and furious display of highly competitive football.

Thankfully no bones were broken, just a few bruises and after an exciting final Team Scates lifted the cup.

Congratulations to all who took part and a special mention for player of the tournament Miss O'Neill.

Congratulations to the boys on the KFA board who organised a fantastic fun morning for KS pupils at both Killard and Donaghadee Primary. Sports inflatables were provided by the I.F.A., G.A.A. and Ulster Rugby and football equipment was funded by the Princes Trust. Pupils from St Columbanus were also helping at activities which pupils all agreed were 'simply the best'

Check out these skills! 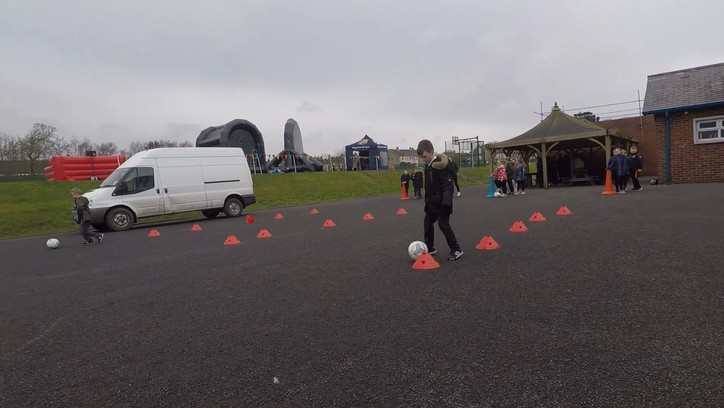 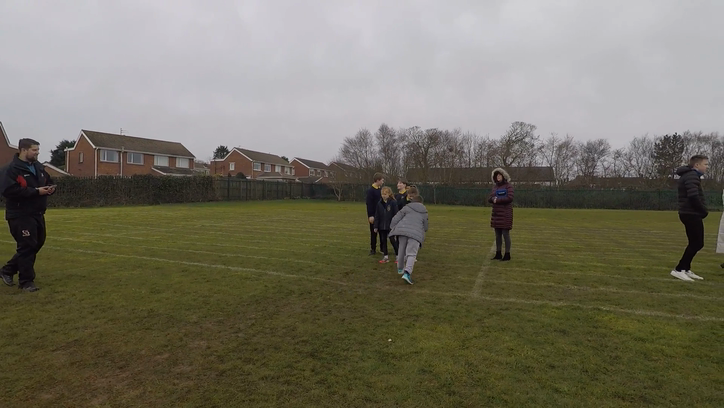 Killard lift the cup, after winning three out of four matches today. As coach I have to say it was one of the most skillful performances I have seen from such a young squad. Well done guys, well deserved.

Congratulations to Josh Cunningham and Jackson Pollock who earned a trial for the U19 Northern Ireland MLD squad on Sunday. They played extremely well but must wait a week or two to find out if they have been selected. The squad will be playing Home International games at Easter this year. Fingers crossed guys!

Killard Football Association members and Year 12 were delighted to receive a large bag of equipment, courtesy of the I.F.A.'s Disability Football Manager Alan Crooks. Alan stayed and took a coaching session with Year 12 and was delighted to hear how some of the boys were helping develop football in the school.

BIG CONGRATULATIONS to our senior team who won the inter school five a side tournament in Ballymena last week. Despite the bad weather there were goals galore from Josh, Jackson, Callum, Kyan and Bradley and at the other end of the pitch goalkeeper Jack Acheson, kept a clean sheet. Well done and thanks Mrs Pollin and Mrs Logan for your help.

Killard Football Association were delighted to receive two new sets of training bibs from Charles Hurst Fast Fit. Retail manager Mr James Thompson called in to make the presentation and as you can see they were put into immediate use.

Transfer News!! Two big team signings were made after the Halloween break. Josh Cunningham signed Kevin Green for the Lifeboat Savers and Philip Fusco signed Max Mehaffy for Mauds City. Both players were former super subs and signed on a free transfer.

Where in the world? Where is this place with some of the same attractions as Donaghadee? And what is the link between it and Killard Football?

Answer - Gibraltar - Did you get it right?

Many thanks to Gibraltar Football Association who sent Killard some footballs to use for league matches and with our Youth Academy. They are just what we need!

Congratulations to the school's primary football team who were narrowly beaten in the final of this year's inter school five-a-side tournament at UUJ, Belfast.

The team came up against tough opposition in Cedar Lodge, and despite some valiant saves from keeper Billy Sinclair, the team went one down after 2 minutes. Blake Martin, scored a brilliant goal from the edge of the circle to put the sides level, but in the last minute, Cedar Lodge's star striker made it 2-1.

Our man of the tournament....Captain, Aidan McGauran, who was fantastic in defence...our very own Virgil Van Dyke!!

The whole squad of eleven players did themselves proud, especially Joshua Coney in P4.

Our grassroots development with Year 12's on Wednesdays have definitely proved worthwhile.

The future's bright.....like a light house!!

Inter school 5-a -side pics

Pictures of Board members, helping with coaching in our primary Youth Academy. The boys have taken a keen interest in the development of Key Stage 1 and 2 pupils who practice their skills at clubs time on Wednesday afternoons. They are in training for an inter school football tournament in October.

First Inter -school match of the year.Year 8,9,10 football team took on Longstone school in the local derby match.Great skills, goals galore and superb goalkeeping were on show and after a close game, the sides tied 2-2 at full time.Team captain Samuel, thanked our guests for coming and Mr Mercer and Miss Smith for their help

Year 8 Five a side Football Tournament

The Year 8’s travelled to the Ulster University’s Jordanstown campus on Tuesday to compete in a 5 a-side football tournament. The team include Dylan, Max, Philip, Jacob, Jay, Cormac and Luke.

The team played three matches in total during the tournament and finished 3rd in their group. During the tournament the Year 8s scored two goals, one from Jacob and the other by Philip. Dylan was a fantastic goal keeper and saved a number of shots. Max was solid in defence clearing the ball whenever it was close to our net. Cormac partnered Max in defence and they worked very well together. Jacob and Philip played in attacking positions and combined to score both goals. Jay played very well and nearly scored a goal but his shot was saved. Luke played in midfield and passed the ball brilliantly to his team mates.

The whole team played very well and really enjoyed the day. Philip Fusco was award player of the tournament by the teachers of the other schools. Philip showed great skills on the ball and helped his team mates on the day. 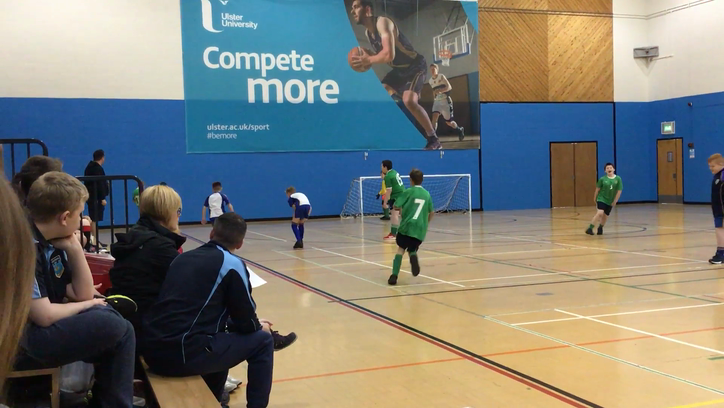